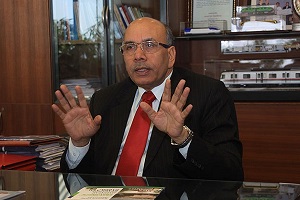 What is the current status of metro operations in Delhi?

Trains have been completely stopped. We run two trains every day but only to check if every system is functional. The government has not given any clearance to start operations. So we don’t have clarity.

There have been news reports of the DMRC working on some standard operating procedures (SOP). What are those for?

We prepared an SOP right after Lockdown 2.O was announced. We were getting ready in anticipation of getting a go-ahead from the government. They wanted to have SOPs for all metros in place. Since the Delhi Metro is the biggest metro operator in the country, we prepared an SOP after consulting and a lot of deliberations with other metro corporations. That does not mean we are getting ready to restart operation. The SOP requirements are quite stringent. So we immediately got into action to make those arrangements. From drills to equipment, we started preparing and getting things in place. The exercise will be useful when we start operations.

Like in India, are metros in other parts of the world also shut or they are operational?

To my knowledge, many metros across the world continue to be run, though the traffic is very low. Most European and American metros are running. In China, they suspended operations for some time but have restarted operations now. Singapore, too, restarted metro service but with a lot of strict guidelines. The level of traffic is very high in India. Our metros are very crowded. The risks involved in restarting operations are much higher. Today, in NCR, there are 2.5 crore smart cards in circulation. Unlike say airlines or trains, the moment you start metro services, you can’t have a restriction on the number of people using the service.

How difficult has the lockdown been for the DMRC? Let me first state some positive things we have done during the period.

We realised we have 13,000-plus people and no physical work. So we decided to do some constructive work. We innovated on working virtually. It was not in our culture. Right from project site coordination to inspection, most works were done physically — we immediately switched to working online in a big way. From e-filing systems to design coordination, everything is happening virtually. A person sitting in the UK is now giving us inputs on design. This initiative is working very well. Today, we are a paperless organisation. The second thing we worked on is enhancing the knowledge of our people. More than 1,000 employees have enrolled in online courses. Enhancing their skills and capabilities brought in a lot of positivity in these times when negativity is high. I also constituted a group to rethink the last five years and identify some of the big projects we have done and discuss what could have been done differently. We are compiling these inputs into case studies. These will be very valuable in future.

What are the DMRC’s biggest challenges in these times?

We are not making a single paisa. There is no earning. We have been hit in other areas too. We have high fixed costs. Variable costs are small. The energy bill is 30% of it. But even there, we can do little to save as we still have to run all systems and do all operational drills. Our tenants’ businesses, too, have been affected badly. They have written to us asking us to defer rental payments. We are looking at government guidelines on this. If we take coercive action against these tenants, some of them might be forced to go away. We need to support them at this hour. The pandemic has still not settled down. So we are yet to take a call on these things. We don’t have a revenue-share model with our tenants.

How are you dealing with the loss of revenue streams?

We have some resources but not enough to tide over the situation. The biggest area of concern is repaying the loan given by the Japan International Cooperation Agency for construction. We are requesting the government to reschedule the loan repayment and defer this year’s payment to next year.

What is the update on the construction activities that were underway?

The DMRC is currently engaged in building 61.67 km of new lines under Phase-4 of expansion plans. The corridors that are being constructed are Janakpuri West-RK Ashram, Tughlakabad-Aerocity and Maujpur-Majlis Park. In addition, the DMRC is engaged in the construction of two more corridors in Delhi-Najafgarh-Dhansa Bus Stand, Dwarka Sector 21-ECC Centre. Construction work has been hit badly. When the lockdown started, we followed the government directive about not retrenching workers. Our contractors took care of the labourers. But now they have all gone back to their hometowns. Our contractors are quite handicapped. This will affect our projects and there will be delays. I have a feeling labourers will start coming back around September-October.

The pandemic scare might force people to use private transport. How do you see public transportation evolving in the face of this?

For the time being, there is fear in the minds of people. It will have an effect on public transport. It will also mean more use of private vehicles as people will shun the use of public vehicles. Therefore, our attempt will be to follow social distancing guidelines and instil confidence in people that metro is a safe mode of transport. It is a big challenge.

(This interview was conducted by Ms. Malini Goyal and first appeared in ET Bureau)