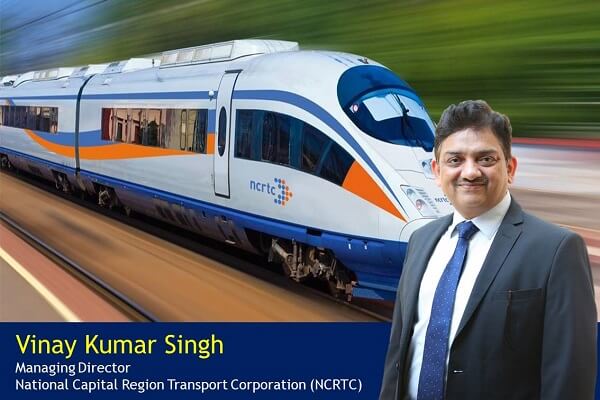 Was NCR chosen for India’s first rapid transport project because of its population?

Mr. Vinay Kumar Singh: There are two reasons. First is that it’s the national capital and many things start from here. Second is the population. In the last census (2011), it was 46 million for the entire NCR. In the next census it is expected to be around 64 million.

Mr. Singh: Originally, there were eight corridors. There was a task force in 2006 which decided we should first go in for three which are the heaviest ones in terms of traffic. These are capital intensive projects; before investing you have to think twice. Earlier there were three separate lines planned (Delhi-Meerut; Delhi-Alwar; Delhi-Panipat). But today it’s a network and all three are interoperable. This change was done in the last two-and-half years; it gives a lot of value. Our focus is the commuter. If you see things from the commuter’s angle, it makes his journey very simple. They can travel seamlessly between two corridors. The time penalty is gone. Now, there is no terminal. A train coming from Meerut will not stop (terminate) anywhere. So, we have reduced the capital cost by a few thousand crores. We have reduced the number of depots by just doing this. If you have separate corridors your rolling stock cannot move from one corridor to another, unlike cars. If the same rolling stock has to move everywhere, it has to be standardized for all three corridors. Today we have sanctioned only one corridor, DelhiMeerut. But our standards of each line are fixed.

Will part of the journey be underground?

Mr. Singh: In the first corridor, about 14 km is underground. In the next corridor (Delhi-SNB-Alwar) 33 km will be underground. The third corridor is to Panipat.

What will be the profile of your average commuter?

Mr. Singh: The cross-section is wide. The USP of the system is speed. Therefore, even a person using a private car will prefer this system. The speed is approximately 100 km/hour, including stoppages. The average speed for a car should be about 40 km/hour (Delhi-Meerut). There is a clear advantage in terms of time and safety. This is controlled by a high technology command system. Other than car owners, people using public transport will prefer this system because we are trying to integrate various modes of travel. We want to reduce chaos at stations.

What will be your benchmark when tickets are priced?

Mr. Singh: What we have proposed is Rs 2 per km. Benchmarking is with other modes of transport.

When will the Delhi-Meerut portion be commissioned?

What is the cost of this line?

Mr. Singh: The base cost is Rs 260 crore per km. The total project cost is about Rs 30,000 crore. This is after we have reduced the cost, including by providing facilities to run the metro services in Meerut on our system. Rather than having another line, there will be 13 stations which will be metro stations. Separate metro trains, which we will be operating on the same system, will be running in Meerut. We are saving Rs 6,300 crore for the metro. We are getting all the passengers of the metro on to our system. From the commuter angle, from the same platform, they can switch over from metro to RRTS (Regional Rapid Transit System).

Which country would you cite as an ideal example of a large scale multimodal transport system?

Mr. Singh: Many countries have done it. The best example is Paris. Paris has regional trains, high-speed regional trains and they have a metro. It’s very successful. At the time of the growth of the city, they introduced these trains. Economic opportunities are always in big cities. Here too. First, you have to provide good public transport. Then you can push people to move towards it. Good public transport needs multimodal integration.

Published in collaboration with Economics Times (ET). Urban Transport News is a featured article and advertising partner of TOI Group.