The Pros and Cons of Water Transportation

Transportation of goods by water has been a standard practice worldwide for a huge range of industries for centuries. From industrial cargo to fuel, fashion, and motors, technology, and agriculture. There are more industries that transport by water transportation system than there are that do not. Cargo Liners, along with ships, boats, and barges of all sizes, carry tonnes of goods to and across countries, from port to port every day of the year. The canals and waterways of India, predate those of many other countries by hundreds of years. If not more. The inland water channels of India measure an impressive 14,500km and comprise of rivers, lakes, and canals. Despite growing competition, transportation businesses specialising in moving goods by water have managed to stay up to speed with the growing demand of booming populations of consumers and businesses. Water transportation has stood the test of time because of its many advantages. Advantages that have seen it hold its own against transport competitors in air transport, road, and rail cargo.

Water transportation requires relatively less maintenance than other transport methods. There are no railway lines to upkeep and no airstrips to manage and maintain for example. There are also no construction costs as manmade waterways such as canals are already in place. Weaving through the cities and countrysides to deliver goods inland. The natural oceans, lakes, and rivers of the word require no maintenance or construction - only care for the environments and life supported within them.

Bulk goods are a mainstay of ocean and inland water transport. Traditional fuels like coal and timber are not easily moved by any other method. With the capacity to carry several thousands of tonnes of cargo per trip, container ships are hard to compete against for capacity. In comparison, Costamare Inc. averages that the capacity of today’s largest container vessels would be the equivalent to no less than a 44 miles long freight train.

Foreign trade is clearly of benefit to a countries economy. The inland water transportation of goods creates a ripple of economic benefits by supporting smaller communities too. These communities are ofter harder to reach by any other transport method. Thanks to inland waterways, communities can be reached with fuel, food, equipment and more. This can enable businesses that would otherwise be cut off from supply routes, education is improved in areas with better connections to supply routes and jobs are created both onboard boats and barges and at the docks.

Speed is the number one disadvantage of water transportation which rules it our for perishable cargo, including some food types. A cargo ship from Mumbai averages more than one month, between 35 to 40 days. Though it is hugely expensive in comparison and the capacity of load size is much lower, and air freight service between Mumbai and the UK takes on average less than one week to arrive.

Con: Water Transportation Is At The Mercy Of Good Weather

Ports like Helsinki in Finland for instance freeze over completely during the long winter months. This forces a need for ice lanes to be created. Similarly, ports in the Bay of Bengal are forced to shut down and evacuate during cyclones. The latter does also prevent transportation by any method, including rail or road. With its lower costs and higher capacity for load size, water transportation has opened up commerce channels for foreign trade.

In 2018, India exported, to name just a few, $20 billion worth of machinery and computers and more than $18 billion worth of vehicles and $14 billion worth of pharmaceuticals (Worlds Top Exports). Without water transportation, the foreign trade of all countries would suffer economically. 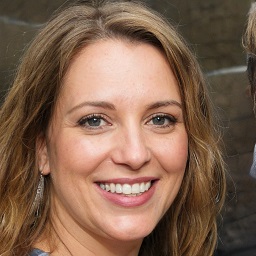