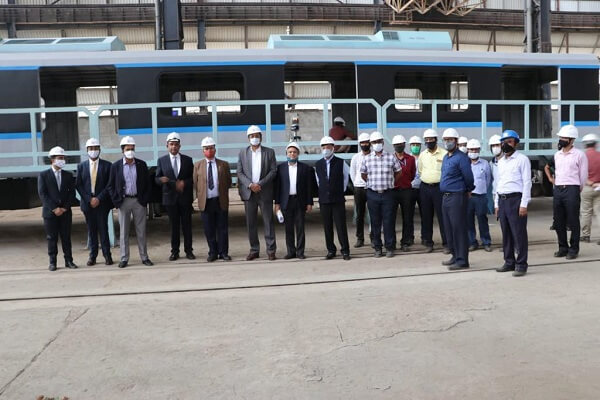 "Delighted to inaugurate the Integrated Design Centre for Metro Rails of Titagarh Firema jointly in Kolkata & Hyderabad today. It is the first of its kind being developed by an Indian company. It is going to be a paperless production line with high-quality assurance. Was happy to see the enthusiasm of the young but highly experienced team. High motivation & high commitment to 'Aatma Nirbhar Bharat' will yield results," said Durga Shankar Mishra, Secretary, Ministry of Housing & Urban Affairs (MoHUA).

Titagarh Group has planned to substitute imported components of rolling stocks with locally manufactured or outsourced parts & move swiftly towards 100% Indian components within 3 years & then target the global market. They will use of high-level technology such as IoT, AI & ML in the manufacturing process.

"We are confident that we will be able to provide a high-quality product, certified as per international standards all while moving towards a truly Aatmanirbhar Bharat," said Titagarh Group.

The Titagarh Firema SpA will manufacture the coaches for Pune Metro Rail project. In August 2020, the company had revealed the design of lightweight maiden aluminium metro coaches with a host of features introduced for the first time in India. Titagarh is the first Indian company, which will manufacture aluminium-bodied metro coaches for Pune Metro. These coaches are the lightest in India so far with 15.5 tonnes axle load.

The metro coaches will be energy efficient with the low carbon footprint. With a modern spacious interior, coaches are being designed considering the highest level of passenger safety as per European standards. The first train set from Titagarh’s Italian Plant will get dispatched in May 2021 & from Kolkata Plant by 15th August 2021.