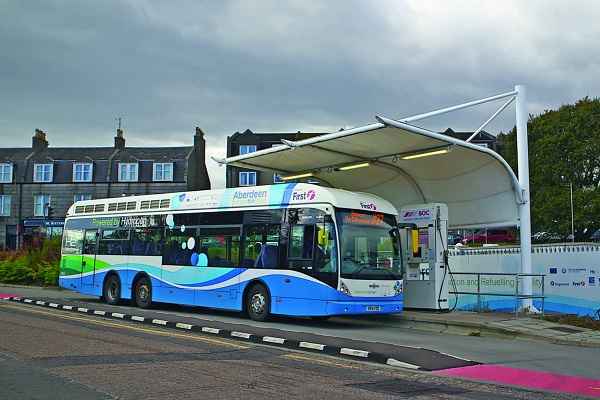 Participating in the Grand Finale marking culmination of ‘Ujjwal Bharat Ujjwal Bhavishya – Power @2047’ through video conferencing, the prime minister launched the Revamped Distribution Sector Scheme, the Power Ministry’s flagship scheme which is aimed at improving the operational efficiencies and financial sustainability of the DISCOMs and Power Departments.

The Green Hydrogen Mobility Project in Leh is a pilot project which aims for five Fuel Cell Buses to be run in and around Leh. This project would be the first deployment of Fuel Cell Electric Vehicles for public use in India.

On the occasion, the prime minister also launched the national solar rooftop portal, which would enable online tracking of the process of installation of rooftop solar plants, starting from registering the applications to release of subsidy in residential consumers’ bank accounts after installation and inspection of the plant.

Chairman, LAHDC Leh, Tashi Gyalson highlighted various green energy initiatives signed with different agencies, such as ONGC and SECI. He shared that these projects would greatly benefit Ladakh in achieving a net zero emission and carbon neutrality charting a course of sustainable development with environmental sensitivity.

The event was conducted online in the presence of Union Minister of Power, New and Renewable Energy, RK Singh; Minister of State for Power and Heavy Industries, Krishna Pal Gurjar.