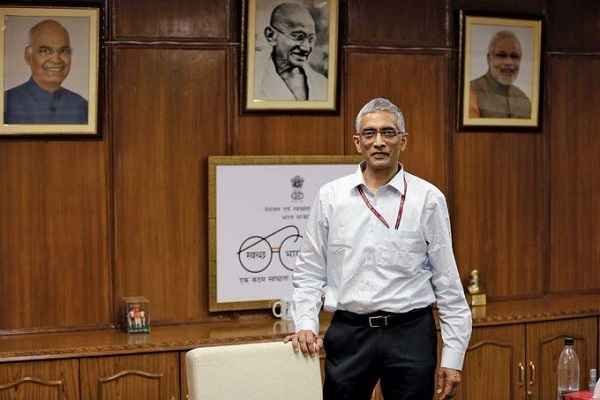 Iyer has been appointed as the chief executive officer of NITI Aayog, after Amitabh Kant retires on June 30, for two years terms.

“Honoured and humbled to have been given the incredible opportunity to serve the country again—this time as CEO, NITI Aayog. I am deeply grateful to Hon’ble PM Narendra Modi for another chance to work under his leadership towards a transformed India,” said Iyer.

Iyer was born in an Indian Air Force officer family. He represented India at the Junior Davis Cup in Tennis.

After serving 17 years as an IAS officer, he took voluntary retirement and devoted his life as a water resources manager at the World Bank and worked in Vietnam, China, Egypt, Lebanon, and Washington.

He was the first person who become secretary directly at the Ministry of Drinking Water and Sanitation, Government of India, in 2016.

He started his work to achieve the strict goals under the mission (building 110 million toilets in 5 years) and achieved 90% despite sanitation as a state subject.

"We hope under his leadership, we will see more policy decisions based on ground reality and a positive impact on millions of Indians," said Mamta Shah, MD & CEO, Urban Infra Group.

The NITI Aayog (previously known as Planning Commission) serves as the apex public policy think tank of the Government of India, and the nodal agency tasked with catalyzing economic development and fostering cooperative federalism through the involvement of State Governments in the economic policy-making process using a bottom-up approach.