India’s first e-highway is going to be a reality soon: Nitin Gadkari 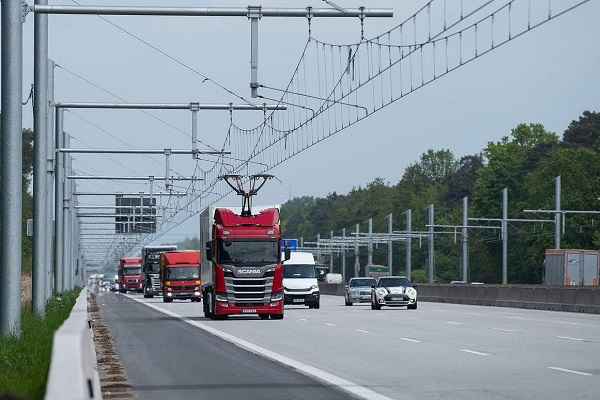 New Delhi, India (Urban Transport News): Union Minister of Road Transport and Highways, Nitin Gadkari recently announced that India’s first E-Highway will be a reality soon. He informed that the Ministry of Road Transport & Highways (MoRTH) is planning to construct an electric highway between Delhi and Mumbai.

While addressing an event organised by the Hydraulic Trailer Owners Association said,“Our plan is to make an electric highway from Delhi to Mumbai. Just like trolleybuses, you can run trolleytrucks on the highway."

Trolleybuses run on electric power from overhead wires, a good example of these could be the trams of Kolkata. They have been a major component of public transport in major European cities, and have been vital in curbing the usage of private ICE vehicles, and curbing pollution in Europe.

An electric highway (E-Highway) can be described as an electrically-augmented road which supplies power to vehicles travelling on it, either by using overhead power lines or by using power lines that have been set into pre-cut grooves, on the road itself.

The under-construction 1,350 km long, 8-lane wide (expandable to 12-lane) Delhi-Mumbai Expressway is expected to include a separate lane for the electric highway and will be viable for electric trucks and buses.

A good way to curb pollution from road

Among many potential benefits of E-highways, from safety to energy efficiency, the one big advantage is its environment-friendly transportation system. When functional, it will contribute to the country’s climate sustainability goals.

Trolleybus or MetroNeo, unlike rail infrastructure run on rubber tyres that make them quieter than trams, moreover these vehicles have zero emissions.

At present, Berlin runs the world’s longest electric highway, which is stretched over 109 km.

In 2012, Siemens announced its eHighway concept at the Electric Vehicle Symposium in Los Angeles which involved trucks powered by electricity from electric lines over the road.

The company ran trucks with conductors on top of a test track in Europe, that would make contact with overhead electric lines on e-highways. The electricity could power the trucks’ electric drive motors, shutting the diesel engines. However, the diesel engines could start up again when the trucks left the lanes with overhead wires. Later in 2019, Germany introduced its first hybrid electric-diesel truck on a three-mile-long stretch on Autobahn 5 between Darmstadt and Frankfurt.

As per the Nitin Gadkari, soon, the electric highway is going to be a reality for India and it definitely would revolutionise the mode of transport in the country.