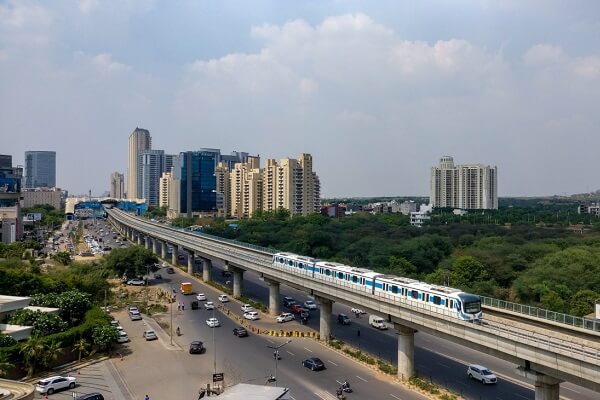 Gurugram, India (Urban Transport News): The Haryana government will have to invest Rs 23,310 crore in developing urban transport infrastructure in order to meet the city’s mobility requirements over the next decade. The Gurugram Metropolitan Development Authority (GMDA) has unveiled a comprehensive mobility plan at the beginning of this year.

The plan includes the travel demand forecast and identification of mass transit network up to 2041 in four phases and broad cost estimates of the various proposals have been prepared for up to 2031, according to GMDA.

"The fund will need to be invested under four heads. Investing in improving the public transport system will include increasing the fleet of buses and extension of the metro lines while developing pedestrian and non-motorable transport (NMT) infrastructure will include building a city-wide footpath network and cycle tracks. The state government will also need to invest in developing new roads and facilities for parking and freight, the plan states," said sources.

Talking about the cost estimates, GMDA chief VS Kundu said that these figures include the costs of the extension of the metro corridor and several other major infrastructural projects. Hence, the actual financial burden on the metropolitan authority would not be very large.

GMDA has engaged the School of Planning and Architecture (SPA), New Delhi for the preparation of the Mobility Management Plan. A copy of the plan is also available with Urban Transport News.