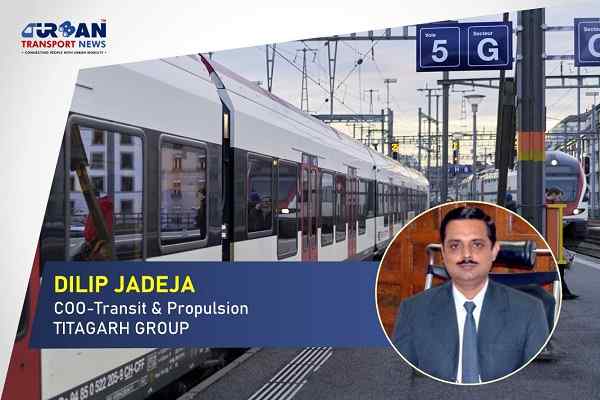 Jadeja is a strategic business leader with around 34 years of experience in leadership and execution, across areas of business development, project management, interface management, project excution, engineering, operations and maintenance. He has an impressive mix across the rolling stock and propulsion system value chain including infrastructure, electrical systems, metro railways and railway systems.

He has been graduated from Maulana Azad Institute of Technology in Mechanical Engineering.

Titagarh Group is the first Indian private entity engaged in the manufacturing of trains for the Indian Railways since 2007. The company has supplied over 250 transit systems to Indian Railways, which is the highest by any private rolling stock manufacturer in India.

Titagarh further strengthened its knowledge in the Passenger Division by acquiring an Italian company, Firema in 2015.