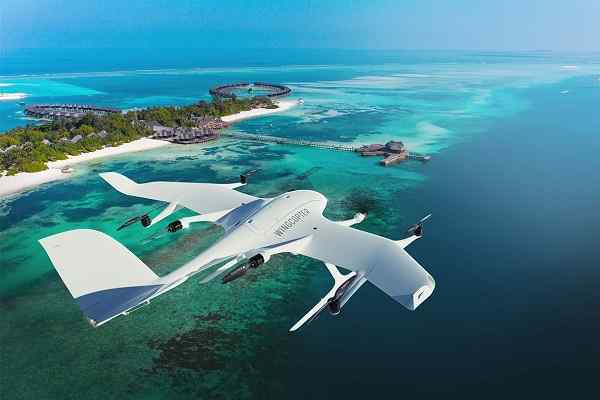 Skyports has been accepted as one of five organisations to contribute eVTOL expertise to the Osaka Prefecture Super City. Following a joint submission with a Japanese major trading company and Skyports partner Kanematsu Corporation, the project will see Skyports play a pivotal role in the development of infrastructure and drone delivery services.

Skyports has also been chosen as one of ten contributing organisations for Osaka Prefecture’s “Green Table”, a collaborative roundtable platform launched to accelerate the commercialisation of advanced air mobility (AAM). In addition to working with industry partners on the planning of the network, Skyports aims to have an operational passenger eVTOL vertiport in place by the Osaka-Kansai World Expo in 2025.

Duncan Walker, chief executive officer at Skyports, said, “Our knowledge of locating, designing, building and operating infrastructure for air taxis and drone deliveries is second to none. As part of these projects, we are helping Osaka fulfil its vision of becoming an urban air mobility centre in Japan, providing not only a vital facility to support the burgeoning air taxi market but demonstrating the benefits that drone delivery services will provide to the region. The fact that we have been selected to contribute to multiple programmes aimed at developing Japan’s AAM ecosystem is a testament to the work that Skyports does. We look forward to working with new and existing partners to enable AAM to thrive.”

“We understand that it is one of the most important subjects to build a user-friendly vertiport which can be easily utilized by eVTOL manufacturers, fleet operators, passengers, and other parties considering the introduction of eVTOL into society. In this context, we are very happy to welcome Skyports to join Osaka Round Table because they have a broad knowledge and are actively working in this area globally. We are very much looking forward to having concrete and practical discussions with them,” said Ryo Segawa, Industrial Strategy Group, Industry Innovation Promotion Division, Growth Industry Promotion Office, Department of Commerce, Industry and Labor, Osaka Prefectural Government.

The City of Osaka, together with Osaka Prefecture, aims to become a model smart city by providing cutting-edge services in multiple fields and implementing bold regulatory reforms, thereby establishing its place as a world leader in advanced technology and a pioneer of the city life of the future.

The “Green Table” is a forum in which to examine the operational, technical and infrastructural requirements of realising an eVTOL network. It is the second of three phases of roundtable discussions aiming to accelerate the implementation of flying cars. The programme brings together stakeholders from across the automobile, aircraft and advanced technology industries, with the 2025 Osaka-Kansai Expo a common milestone by which the consortium aims to initiate the use of eVTOL vehicles.

Amongst the other industry leaders involved are Nippon Koei Co., Osaka Research Institute of Industrial Science and Technology (ORIST) and Nippon Travel Agency.