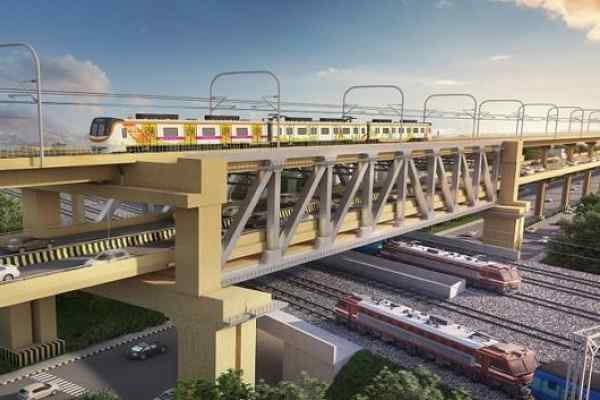 Nagpur (Urban Transport News): In a major development that will change the city’s contours, a proposal worth Rs. 573 crores approved by the National Highway Authority of India (NHAI) for the construction of India’s first four-layer transport system in Nagpur. The Authority has given its unconditional clearance to Rs 573 crore proposal submitted by the Maharashtra Metro Rail Corporation (MahaMetro) for commencing the construction of flyover and Metro route at Kamptee Road, Nagpur.

Here are some of the salient features of the project:

Kamptee Road is one of the busiest roads of the city with multiple traffic junctions. Thousands of two, three and four-wheeler vehicles ply through the road, which connects two major cities of India viz. Varanasi and Hyderabad. A good number of educational institutions, commercial places, cinema halls, malls are lined up on the road.

Once completed, the four-layer transport system would serve as a milestone for the Orange City and another feather to its cap. It will also be an iconic transportation structure for others to emulate and help to decongest the traffic on the busy Kamptee Road.