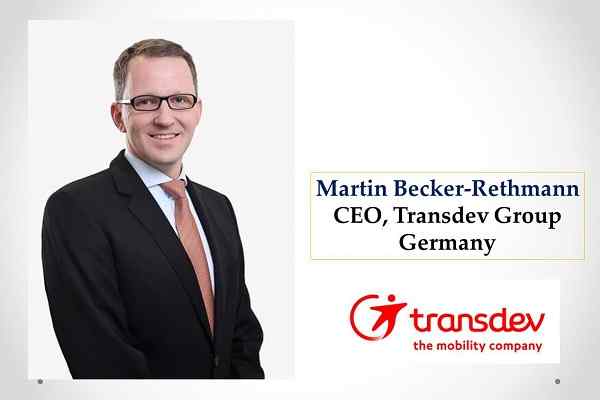 In this capacity, Martin BeckerRethmann will join the Group's Executive Committee and will report to Thierry Mallet, Chairman and CEO. Martin Becker-Rethmann, brings strong knowledge and experience in the field of energy and services for local government and authorities.

With an annual turnover of more than €1 billion, Germany is already the second-largest market of the Group in Europe, after France, and the target is to further develop Transdev Group's activities, in particular taking advantage of the European Green Deal energy transition and partnerships with communities.

After obtaining a degree in Business Administration from the Berufsakademie in Stuttgart, Martin’s career started in 1991 at the German Treuhandanstalt in Berlin as Advisor in Environmental Protection and Hazardous Waste.

He joined in 1994 the recycling and waste management industry at ALBA Group in Berlin, where for 21 years he occupied a range of management functions which led him in 2009 to the position of Chief Operating Officer for Asia & Central Europe and member of the Management Board.

In December 2016, he became Managing Director and head of MVV Umwelt, a subsidiary of MVV Energie AG as a Europe-wide energy provider based in Mannheim. In May 2019, he took over the position of Managing Director at REMONDIS Energy & Services.