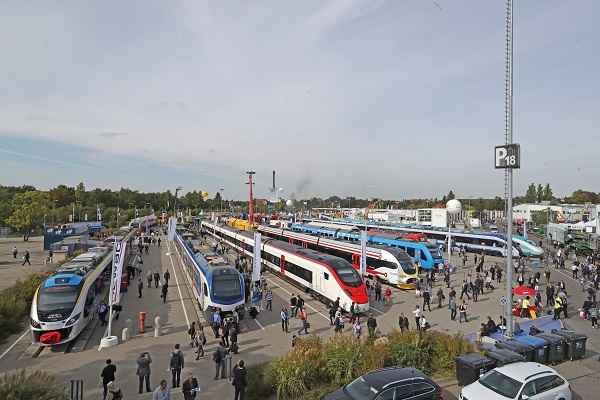 I am just back home after a hectic tour of InnoTrans, Berlin, the biggest biennial rail exhibition in the world. Covid had taken its toll and there was no 2020 version so this time it was happening after four years. Not my first time at InnoTrans and I did expect the proverbial déjà vu. Looking at the advancement in rail technology with mixed emotions of my jaws dropping, getting struck dumb and inevitably, doing a frequent double take.

The gap between where we were in India and where the world, particularly Europe, Japan and even China, had reached was like a huge chasm. An eye-opener and a reality check, certainly. But more than that, so numbed by our inadequacies after seeing the exhibition and fast swanky trains, I would readily believe Puck, a.k.a., Robin Goodfellow of the bard’s Midsummer Night’s Dream, the mischievous fairy jester who delighted in pranks, if he whispered to me, “I’ll put a girdle round about the Earth In forty minutes.”

I would always wonder wistfully as to when would India be a strong player in the global rail scenario. When do pigs fly?

Well, pigs have not exactly started flying but the Indian bird has indeed started to flutter. I moved around in the fair for two days as much as my hurting knees would allow, after our first day was lost due to Lufthansa taking us to Hannover instead of Berlin. Believe it or not, all because they sighted a drone in the landing path of our plane; there was no Lufthansa staffer giving us any directions and nearly 150 people, mostly Germans, quite irritatingly, waited patiently for close to an hour at the airport pick-up pavement for a bus to ferry us to Berlin. Deutsche Desorganisation coupled with German Glitches, a new lesson.

Another aside: The bus did arrive and drop us at Flughafen Berlin Brandenburg ‘Willy Brantdt’. The work on this airport started in 2006 but it opened only in 2020 with a delay of a decade after successive holdbacks due to poor planning, construction, execution, management, and yes, even corruption. Certainly not something one would want to learn from the efficient Germans. Well, Tegel airport, now closed, used to be my favourite with the distance/time from the plane to the taxi kerb through the luggage carousal being barely  25 metres/5 minutes. Alas, no such luxury anymore.

Back to InnoTrans, these are my simple takeaways

The exhibition was advertised as the biggest ever. But what with travel restrictions, the number of participants from countries other than EU appeared to be less. Russians were absent due to obvious reasons and hordes of smartly-clad Chinese were not bustling around. Many from the Indian industry could not get a date at the German embassy for a visa. Rather short-sighted, this stance of the German government, I would think. Although the stalls and booths of the world majors and allied industries were as awesome, and menacing, as ever, do the Europeans still think that rail technology is vested mainly in Europe?

I learnt that the number of stalls of Indian companies was the highest ever, well over 50. This clearly shows that Indian companies are getting more confident in displaying their technology to the world and quite a few did end up evoking interest in their products from companies around the world. Some of the stalls by Indian companies rivalled the big names of the world rail industry. Welcome to the world of quality-conscious Indian manufacturers, willing to take risks and invest!

There was a distinct difference in the way European manufacturers reacted to interests shown by Indian companies and the latter’s invitation to collaborate.

One more aside: We Indians are still far behind our European friends in consuming beer, whiskey, vodka, gin liqueurs and wines, whether during the day or at dinner. But, unlike Phebe in the bard’s As You Like It, who decries the promises made when drunk, "I pray you, do not fall in love with me, For I am falser than vows made in wine", one cannot expect any under the board exploit with them, drink or no drink.

These changes in attitudes and perspectives are not incidental. Nearly all the manufacturers of rail components I met had heard of Train 18/Vande Bharat, our indigenous semi-high-speed train, Kavach, the indigenous Signalling system, proliferation of Metros, RRTSs and so on. They were largely aware of the great thrust towards acquiring thousands of high-power locomotives and hundreds of train sets. From civility camouflaging patronization and condescension, the vibes had changed somewhat to curiosity,  attentiveness and respect.

This is good news. It has happened due to positive resolve and action by the government. But it will last as long as we continue on this new-found path of decisiveness. Should procrastination and indecision creep in at this crucial stage, we would be back at Square 1.

I really hope that things would continue to look good and therein lies the key to a quantum jump in railway technology in India. 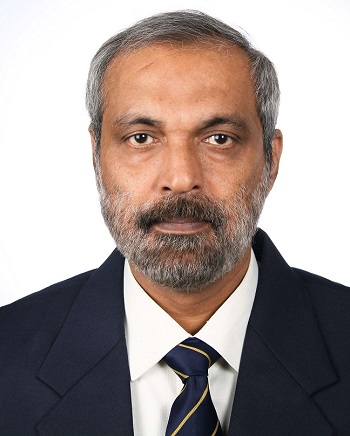