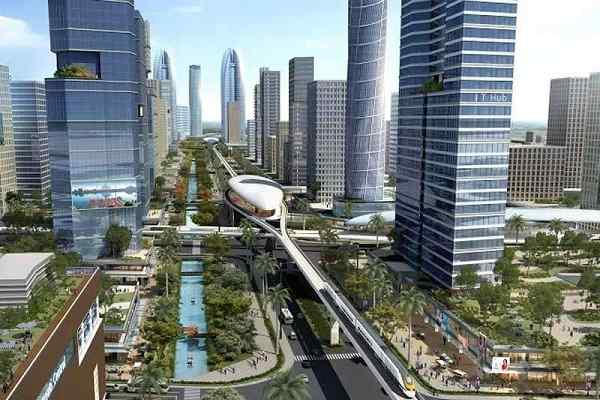 New Delhi (Urban Transport News): To boost green urban mobility, expand railways and smart cities network in India, the Government of India and Government of Germany today signed various Joint Declaration of Intents (JDI) in New Delhi. With Germany being among 10 principal FDI investors in India, development cooperation between our countries is a major component of bilateral relations. A Joint Declaration of Intent (JDI) on Green Urban Mobility has been agreed & signed between Durga Shankar Mishra, Secretary, Ministry of Housing & Urban Affairs and the Federal Ministry of Economic Cooperation and Development of Germany.

As per JDI, Germany will provide concessional loans of €1 billion until 2023 through KfW bank for improvement of urban mobility infrastructure & services such as bus systems & Non-Motorise Transport infrastructure. This includes projects for city-specific non-rail based mass transit projects such as bus priority, cable car, tram, water transport & multi-modal integration. Another JDI on International Smart Cities Network was signed between the Ministry of Housing & Urban Affairs, Government of India and the Ministry of the Interior, Building and Community (BMI) of Germany.

BMI launched the International Smart Cities Network to encourage international, multilateral experience sharing & mutual learning on the subject of smart cities. This network will comprise of a maximum of 15 permanent partner countries. "Our three smart cities Kochi, Coimbatore & Bhubneshwar have been chosen as network partners. These cities & our Ministry will share experiences with those in the network at different levels & manners to reinforce & improve our journey on the path to provide smart services", said Durga Shankar Mishra, Secretary, Ministry of Housing & Urban Affairs.

With an aim to reduce marine litter at its source, a Joint Declaration of Intent (JDI) on Combating Marine Litter was also signed between the Ministry of Housing & Urban Affairs and Ministry for the Environment, Nature Conservation & Nuclear Safety (BMU) of Germany. This will include the use of sustainable waste management practices in coastal or river areas & provide a combination of technological/ digital tools, capacity building approaches for promoting recycling so that no litter or dumped waste finds its way into the rivers or oceans. All Joint Declarations of Intents (JDIs) in areas of urban mobility and combating marine litter signed with Germany were exchanged in the presence of Prime Minister Narendra Modi and German Chancellor Ms. Angela Merkel.