How was the electric public transport system developed in Moscow? 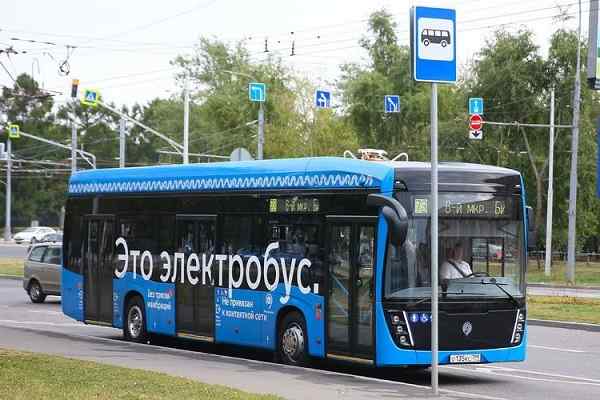 Today Moscow is focused on eco-friendly transport and is keeping up with worldwide electric vehicle market trends.Improving the environmental situation in the city is one of the most important priorities of the Moscow Government.

Electric buses were launched in Moscow 4 years ago, in 2018. In the meantime, this innovative surface transport has proved its efficiency. The transport has been launched on 79 bus routes, run 100 million kilometers, and carried more than 226 million passengers.

The main advantage of electric buses in comparison with buses is environmental friendliness. Replacing one diesel bus with an electric one reduces CO2 emissions by 60.7 tons per year. The electric bus is 30% quieter than a bus and have practically no vibrations and noise while driving.

All the electric buses produced by Russian manufacturers KAMAZ and GAZ group and serviced under life-cycle contracts. This means that the manufacturer bears full responsibility for the technical serviceability of each electric bus for 15 years of the exploitation. This guarantees the safety of transportation and the passengers.

“Moscow continues to adapt infrastructure and public transport in accordance with the Green Agenda. Moscow electric bus fleet is considered to be the largest in Europe. According to the operational statistics, electric buses today are the most reliable type of surface public transport. They are convenient and safe, so they quickly became popular and received popular response and trust by citizens.This year we will announce a new tender for the supply of 1,000 - 1,300 new electric buses in 2023 and 2024, including the supply of the articulated electric buses,” said Nikolay Asaul, CEO of Mosgortrans.

Electric cars are a global trend in innovation and our eco—friendly future. According to the number of electric charges, electric transport is becoming more and more popular among the Moscow citizens.

Since the beginning of 2022, electric charging stations have already been used more than 40 thousand times — this is 7 times more than in 2021. The uniqueness of the charging stations of the new format is that they are manufactured in Moscow, while the localization of production is about 80%.

It is more profitable to drive electric cars in Moscow than motor cars. Owners of electric cars are exempt from transport tax paying and the parking in Moscow is free for them. In addition, it is possible to recharge the electric car using the Moscow Energy electric charging stations for free.

By the end of the year, regular river transport will be launched in Moscow in a test mode. Special pontoon berths have been developed for the operation of new electric vessels. Now the construction of passenger zones of the first four berths is being completed.

Unique berths are completely domestic development, they are eco-friendly and will not cause any harm to the waters of the Moskva River and the air of the capital, as well as safe for passengers. The ability to recharge the vessel directly during stops will reduce the waiting time and travel intervals.

The vessels will undergo several stages of testing on the water, and after being convinced that they fully meet all the requirements of river transportation, they will be allowed to transport passengers: glazing and commissioning works are being continued.

“Regular river transportation in Moscow has been undeservedly forgotten over the past few decades. The Moscow Mayor has decided to revive this service and transfer it to the category of regular urban transport. The Moscow Government has held a tender for the purchase of 21 electric vessels and 23 berths that will provide regular year-round transportation. River vessels will operate according to the schedule with small intervals during rush hour. They will improve transport connection for Moscow citizens that are separated by the river from the Moscow Metro and the MCC stations, so that they can conveniently approach urban transport,” said Maksim Liksutov, the Deputy Mayor of Moscow for Transport.