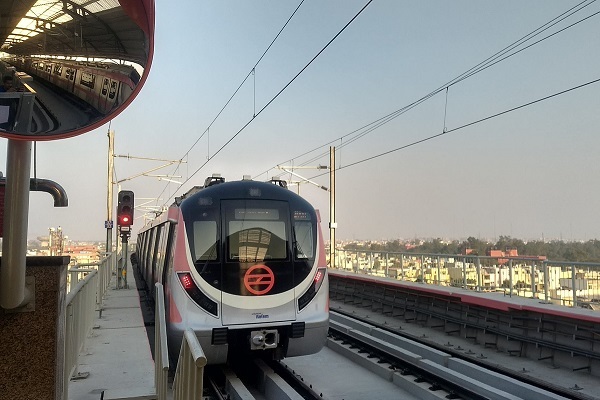 The Delhi Metro services will be resumed in a graded manner in three stages from 7th to 12th September 2020.

Under stage II, Metro services on Line-8 (Magenta Line) from Janakpuri West to Botanical Garden & Line-9 (Grey Line) from Dwarka to Najafgarh will be made operational from 11th September 2020. Trains on all lines will be operated between 7 AM - 1 PM in the morning and between 4 PM - 10 PM in the evening.

Under stage III, metro services on Airport Express Line from New Delhi to Dwarka Sec-21 will be made operational from 12th September 2020. Trains on all lines will be operated between 6 AM - 11 PM.

The general public can avail the services on given Lines from 7th September 2020 as per the operational timings decided under all stages.

"Train services will commence with adequate frequency as they were before 22nd March 2020 which may be increased or decreased as per requirement. However, due to an increase in dwell time of trains at stations, there will be a minor increase in time required for performing a trip. However, trains will not stop at stations falling in containment zone and such stations will remain closed for public. Similarly, some of the stations may be skipped if social distancing is not adhered by the passengers," said in the official release issued by DMRC.