The Way Forward for Public Transport amidst the COVID-19 Crisis 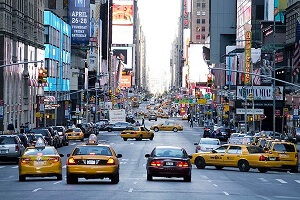 Public Transportation Systems are the lifeline of cities and agglomeration economies, which in turn are the engines driving economic growth in India. The contribution of the urban sector to India’s GDP is estimated to be between 63 and 75 percent, up from 45 percent in 1990. Public transport has the potential to encourage commuters to shift from private vehicles, resulting in a reduction in pollution and congestion. A bus ferrying 60 passengers takes less space on a road and emits lesser pollution as compared to 60 citizens using their personal vehicles.

In cities such as Delhi, which have a dense Metro network and where buses run on compressed natural gas (CNG), the modal share of public transport is approximately 30% with Non-Motorized Transit (walking, cycling etc.) accounting for the highest share. The future of urban mobility in lies in shared, connected, sustainable and intelligent transport systems, of which public transport is a crucial pillar. Unfortunately, public transport has been particularly hard hit by the COVID-19 crisis and their complete resumption, albeit graded, is not a fairly simple task. Public transport systems across the country have suffered significant losses resulting from the lockdown during which they remained largely shut; some relaxations in Lockdown 3.0 is a welcome sign.

However, even with a calibrated resumption, it will take a while before ridership numbers touch pre-COVID figures. In fact, we might also be looking at a long term behavioural change that will shift people away from public transport; this stems from the fear of buses, metros, and trains being closed, crowded spaces with multiple surfaces prone to frequent touch. The planning for resumption, as well as the roadmap to recovery therefore, make Financial Sustainability and Health & Safety the core tenets.

Financial measures should be short, medium, and long-term. In the short-term, agencies should undertake a comprehensive financial analysis and identify where and how operating expenses can be reduced, including through route rationalization, and act upon them. This should be followed by identifying and prioritizing avenues for the maximization of non-fare revenues and developing a comprehensive plan for it.

The medium-term measures should include the efficient and effective implementation of the plans developed earlier to maximize non-fare revenues. This could be done through a mix of Asset Monetization and Value Capture Finance (VCF). In layman terms, this would entail, among others, generating revenues by leasing out land and infrastructure for commercial development, undertaking Transit-Oriented Development (TOD), levying of special assessment taxes for establishments benefiting from increased footfall brought upon by public transport, and commercial development of bus depots with private participation. In the long-term, robust structural reforms are the way forward.

In the case of Metro and Suburban Rails, this may include providing the impetus for the evolution of a leasing industry for rolling stock (train coaches) and reducing reliance on international markets for technologies by boosting R&D in India. In the case of buses, this could entail the improvement of contracting mechanisms to facilitate greater private sector participation, provision of a per kilometre reimbursement for operating expenses by the central government, support for developing and implementation of Intelligent Transport Systems (ITS) with an aim to bring greater efficiency in the system through effective monitoring and tracking and finally, linking financial incentives for State Transport Corporations with their commitment to introducing reforms. Any hike in fares, however, should be avoided since ridership is highly sensitive to fares.

Public Transport Systems, whether Buses or Metro Rails are confined spaces with multiple surfaces and high passenger volumes, which makes them inherently risky when it comes to the spread of COVID-19. Hand sanitizers must be installed in buses, bus stops, metro coaches and station premises while masks should be made mandatory and a strict fine must be levied in case of non-compliance. Ground markings must be painted around bus shelters at a suitable distance to ensure that people stand in an orderly fashion while also maintaining social distance.

This is also the opportune moment to install contactless card reading machines within buses, as is the case in many other countries so that people can tap their travel cards instead of transacting cash and the driver and conductor should be appropriately protected through the installation of shields – these measures will also lead to benefits post COVID such as the promotion of digital payments and protection of drivers from physical assault by rowdy passengers.

In the case of Metro Stations which witness extremely high passenger volumes, the ground markings should extend from the platform right till the entrance of the Metro Stations, and if possible, even outside the station entrance on the footpaths. It would also be extremely important to not propose particular time slots for running trains as this would lead to over-crowding at stations. Instead, the frequency of trains at peak hours should be increased to prevent crowding of trains. This will have a downside in the form of slowing down trains, a phenomenon which is known as bunching.

However, reaching late is certainly better than contributing to the spread of, or contracting the virus. The security check-points at Metro stations also witness massive crowds and efforts should be made to increase the personnel and scanning equipment. In the long term, a reduction in the human interface during security checks must be considered through the use of Artificial Intelligence.

The role of communication is paramount and impactful visuals and frequent announcements on the need to maintain social distancing must be undertaken. Transport agencies may also consider innovative technologies such as UV disinfection robots which are being manufactured in India and low-cost disinfection chambers, a prototype of which has recently been developed by IIT Bhubaneshwar. It will take a long time for public transport to recover and fully regain their ridership.

In the short term, while people may avoid using public transport, the long-term disadvantage is a reverse trend of adoption of personal vehicles for commuting which will lead to increased pollution and congestion. Hence, while the risk of transmission is higher in public transport, reducing the same is not very difficult through simple interventions.

One may argue that some of these suggestions are not easy to implement, but a lot of things which were considered non-implementable, despite having the means and resources to do so, are now being implemented due to COVID – work from home and greater technology adoption being prime examples. The implementation of such measures will not only instill confidence in the riders and bring public transport on the trajectory of recovery but will also demonstrate how the world’s second-most populous country has effectively battled, and recovered from the impact of COVID-19.