Financial viability of a typical public charging station in India 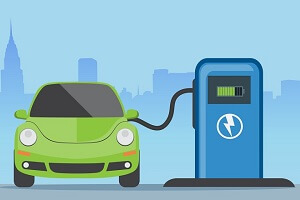 The government of India (GoI) recently released a notification titled ‘Charging Infrastructure for Electric Vehicles – Guidelines and Standards –reg.’. Availability of adequate charging infrastructure has been acknowledged as a key requirement for accelerated electric vehicle adoption in the country. In accordance, setting up of Public Charging Station (PCS) has been de-licensed and any individual/entity is free to set up public charging stations, provided the stations meet the technical as well as performance standards laid down.

Any individual/entity setting up a PCS will need to have the following minimum infrastructure as described in the notification.

A typical 50 kWh DCFC costs over Rs 1.5 million. Since present models of EVs sold in India cannot be charged above 1C rate and batteries are 11kWh to 25kWh capacity, investment in DCFC of over 25 kWh would yield unappealing returns, unless manufacturers roll out electric cars with batteries capable of fast charging with DC output in the range of 400-500V or higher. This will eventually increase the capacity utilization at PCS and enhance revenues for charging infrastructure providers, making the investment in public charging stations an attractive option.

The IS:17017-1 published by BIS in August 2018 recommends both CCS-2 and CHAdeMO. In 2017, a Committee constituted by the Department of Heavy Industries (DHI) issued Bharat charger specifications for AC and DC chargers: Bharat EV Charger AC001 & DC001. These are slow chargers with DC output below 120 Volts. BIS has agreed to retain these standards which are supporting the EVs presently operating in India. These are expected to wither away as new EVs are rolled out with batteries capable of fast charging with DC output in the range of 400-500V or higher.

All standards will co-exist in India: CCS-2, CHAdeMO and the Bharat chargers. Tesla cars, according to recent reports will use CCS standards when launched in India.

The status can be summarized as:

In India so far only Mahindra Electric and Tata Motors have launched electric cars. The present batteries in these cars are not suitable for charging above 1C rate. The off-take of electric cars may be slow as individual buyers might watch the space and move with caution as in other geographies. The initial push for electric cars is expected from taxi fleet operators, Government departments, public sector undertakings, and large corporates.

The Capex and Opex of a PCS comprising of minimum infrastructure required as per the GoI notification are estimated below:

Revenue projection from the PCS business is calculated in the next table based on the following assumptions:

As may be observed from Tables 1 and 2, for an initial investment of Rs 2.95 million to set up a PCS, the net cumulative return in 5 years is Rs 1.77 million under Scenario-A and Rs 1.53 million under Scenario-B. In both cases, there is little or no incentive for third parties to set up and operate PCSs. Levying a margin of more than 3 rupees will make the EV tariff at par with commercial electricity tariff.

In the present scenario, PCS business is not viable for individuals/entities to invest. The government may fail to encourage third parties to set up public charging stations to accelerate electric mobility adoption. However, in the case of Delhi, as per the Delhi Electric Vehicle Policy, GNCTD will provide a capital subsidy covering the cost of chargers and installation expenses. Considering the cost estimates in Table-1, if 100% cost of chargers is subsidized, the IRR on setting up a public charging station in Delhi NCR makes it an attractive investment choice.

Since business volumes in the initial years will be very low, attracting private investments for PCS network creation can prove to be a challenge in the country; unless capex cost is partly or fully subsidized. Also, it will be difficult to build an EV charging network in India as a standalone business. Innovative business models to incentivize the PCI providers and government will be required.

PS. Revenue from other sources (advertisements, subletting, retail kiosks, etc) is purposely not considered in this model.

Nimesh Shah is an MBA candidate at Pandit Deendayal Petroleum University with a keen interest in business strategy & development, analytics and problem-solving in Energy and Infrastructure sector. A curious learner with strong business